Moving Off Exchange Web Services (EWS) to the Microsoft Graph

When we initially developed our OnePlaceMail app the only way to operate with emails at an API level was to use Exchange Web Services (EWS). We developed all email operations in our app calling EWS and this worked successfully to a point.

We use Azure Application Insights to monitor our app for any issues and usage patterns on a continual basis. What we noticed was that there would be random errors accessing emails/attachments/email properties and category information for users at different times. When using the app, during the majority of sessions users experienced no issues, however, we were determined to eliminate these issues as best as possible so the experience for end-users was improved even more.

In addition, Microsoft does not see a future for EWS with no enhancements to be released. Their advice was to move to the Microsoft Graph API - read about it here.

Moving to the Microsoft Graph API 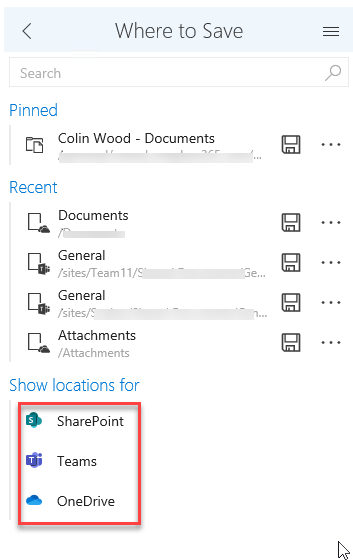 In the first few weeks since moving to the Microsoft Graph for email operations in the app, we have noticed a significant reduction in issues overall in our analysis of Azure Application Insights. There are fewer random errors so it looks like we made the right decision to move to the Microsoft Graph which will lead to happy customers! We will look to continue to replace all remaining calls we make in our App to different endpoints to call the Microsoft Graph API when the capabilities are fully supported.

Do you consent to learning about modern authorization in Microsoft 365?

Webinar: Simplify the employee experience when engaging with solutions on Microsoft 365

Watch our latest webinar to learn how to simplify Microsoft 365 for users by bringing together Microsoft Teams, OneDrive for Business, and SharePoint.

See the OnePlace Solutions product suite in action and unlock the potential of your data by leveraging the SharePoint platform.
Schedule a demo

Download and try the full OnePlace Solutions product suite for Windows Desktop and Apps for Microsoft 365.
Get Started

We're here to help, so please don’t hesitate to get touch with any questions you may have.
Get in touch